ICBAS announces winners of the ‘Perspective(s) on One Health’ contest

With the aim of promoting and disseminating the One Health concept throughout the community and civil society, the 'Instituto de Ciências Biomédicas Abel Salazar' of the University of Porto (ICBAS), together with the 'Instituto Português de Fotografia' (IPF), organized the Photography Contest ‘Perspective(s) on One Health’.

In the context of this contest, Teresa Nunes, photographer at IPF, wrote the following text, in order to frame and defend photography as a cultural tool:

‘Artivism’ – photography as a cultural tool

Art has always worked as a reflection of society, following reality over time, recording it, but also acting as an instrument of change. It is called “artivism”, a portmanteau [1] coming from the junction of the words “art” and “activism”. There is an extensive range of artists, in the most diverse artistic disciplines, who assume themselves as artivists, advocating for the most different causes.

Naturally, Photography is no exception, appearing as fertile ground for artivists. In a first analysis, it can be assumed that photographers related to artivism will be linked to documentary photography and photojournalism, but this is a reductive view. Although, effectively, this area of photography, which strives for the representation of the real without manipulations or alterations, is quite prone to artivism, other photographers, who depart from the canons of photojournalism, also fit into the concept. Whatever the area of photography, currently photographers are mobilized by the ability of photography to show the public and political agents issues in which the intervention and awareness of society is necessary.

Anthony Luvera, who was recently in Porto to speak at the lecture “Photography and Social Activism”, within the scope of the 'Encontros do Olhar' conversation cycle “Fragility – Transitoriedade”, organized by the Portuguese Institute of Photography, works with individuals and groups of marginalized people by inviting them to talk about their experiences, creating with them collaborative projects in areas such as mental health, addictions, homelessness and the LGBTQ+ community.

Eduardo Leal, with his series “Plastic Trees”, portrays pollution in the Bolivian Altiplano, demonstrating his concern for environmental issues. The author opted for an aestheticization of pollution as an alternative to traditional means of reporting, photographing plastic bags, one of the most used consumer items and which ends up becoming one of the biggest sources of pollution worldwide. With this work, he intended to draw attention to the problem of pollution, focusing on an area where thousands of bags wander with the wind until they end up stuck in the bushes, damaging the landscape.

Von Wong, known worldwide for his hyper-realistic works, staged and assembled with the help of his team and a multitude of volunteers who join the artist in each project. This one starts by setting up grandiose scenarios for his photographs that are always designed to raise awareness of issues such as pollution and excessive use of plastic, recycling and animal welfare, among others.

We can see that many authors fight for different causes with which they identify and that, to the most inattentive eyes, may seem disconnected and with no apparent reason to be the target of attention of the same people, however, it is increasingly commonly accepted that we all live on a planet in which everything is interconnected and issues of human, animal and environmental health are interconnected, explaining relationships that could, at first glance, seem almost unreasonable, is, after all, the One Health concept.

It is therefore to be concluded that photography can and should be understood as a cultural tool capable of communicating a message of awareness and inducing changes. In an era where civic participation is increasingly necessary to encourage changes in the society we live in, it is increasingly common to see photographers joining these causes in order to make use of their greatest tool to support them.

During the celebrations of 47th anniversary of ICBAS, held on May 5, 2022, the institution took the opportunity to announce the winners of the contest 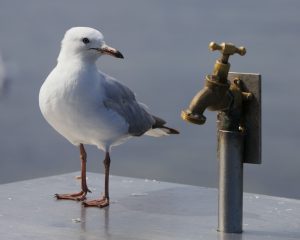 Porto is the region with most seagulls in the country

What is One Health?

Once upon a time

Why One Health at ICBAS?

One Health at ICBAS - Investigation

This website uses cookies to provide a better browsing experience. By continuing to browse this website, you consent its use. You can change your cookie settings at any time in your browser settings Know more